The Risks and Rewards of DIY: Is It Worth It?

, /PRNewswire/ -- DIY is on the rise, but it doesn't always prove to be worth the work, according to a new survey by . DIY home improvement and renovation projects are extremely popular, with 81% of homeowners doing at least one project since the start of the pandemic*. Most homeowners didn't stop at one, and many credit the pandemic with their interest in DIY. They did, however, face obstacles in the process. Over 40% of homeowners said their DIY projects were more challenging than expected, over 40% said they were more expensive than expected and nearly 80% faced a minor or major mistake during their DIY projects. 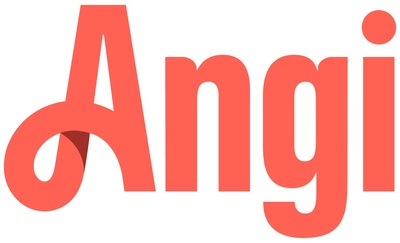 "DIY can be great for having fun, spending time with family and learning new skills, but be thoughtful about the types of projects you choose," says , a Home Care Expert and Head of Book Now at . "People found DIY projects more time consuming, more expensive and more challenging than they expected, and more often than not, they made mistakes. It doesn't have to be all or nothing, but for more complex projects, don't let your pride get in the way and call a pro to get it done right."

According to this survey of 1,000 adult homeowners, nearly two-thirds of homeowners did projects they were not planning to do before the pandemic, with almost half taking on four DIY projects or more over the past 18 months.

Why People DIY
The pandemic was not only a factor in the popularity of DIY, but also in the motivation behind the projects. Homeowners still said the top reason for choosing to DIY was to save money (62%). Beyond savings, the other top reasons were more intrinsically motivated and include: Spare time or were bored (56%), thought it would be fun (52%) or wanted to learn a new skill (47%). Homeowners were also inspired by social media (39%) and DIY TV shows (45%), and a shocking 24% chose DIY over hiring a pro because they wanted to prove someone wrong about their ability to do it.

What Can Go Wrong
While some homeowners found their DIY projects easier and cheaper than anticipated, twice as many found the opposite. Additionally, nearly 80% of homeowners experienced a minor or major mistake during their DIY projects. The most common minor mistakes were doing something wrong and having to re-do it (44%), spilling paint (39%), breaking something and having to repair/replace it (37%), using the wrong tool (33%), making a huge mess (30%), and either kids or pets getting in the way, minor injury or ordering the wrong materials (29% each).

Major mistakes were a bit more costly for over one-quarter of homeowners (27%), with top disasters including expensive damage (52%), breaking something valuable/sentimental (48%), serious injury or finishing and realizing it was done wrong (47% each), starting a fire or falling off a roof or tall ladder (44% each) and someone being electrocuted (41%).

"It's important to think about why you want to DIY and what you're hoping to get out of it before committing to a big project," added Carson. "If you're doing it just to save money, you might want to reconsider. Without the time, tools, and talent to do it properly and safely, mistakes may cost you more in the long run than simply having a pro come in to help from the beginning.

Why People Hire
DIY is not an all-or-nothing approach and 93% of homeowners also hired pros for at least one project. In fact, for every type of home project, from interior to exterior and landscaping to remodels, more people relied on a mix of hiring and DIY than on either one alone.

Homeowners regularly hired pros in every trade, showing a need across the board for skilled tradespeople of all kinds. Trust in those tradespeople was also apparent, as the number one reason to hire a pro was "to make sure the work was done right." Ultimately, that trust paid off, with nearly half of those who hired pros saying the project turned out better than expected, while only 15% were less than satisfied.

*1,000 of 1,236 (81%) of people responded "Yes" to the screening question, "Have you done any DIY (do-it-yourself) home improvement or renovation projects since the start of the pandemic?" All other statistics are percentages refer to those 1,000 respondents.

Methodology
This survey was commissioned by and was conducted using the online survey platform Pollfish and compiled by DKC Analytics. The sample of 1,000 adult homeowners (self-identified) who have all undertaken at least one DIY (do-it-yourself) home improvement or renovation project since the start of the COVID-19 pandemic (), was surveyed between , and . The margin of error is 3.1%. Gender was weighted during the sampling process to accurately reflect the gender split of homeowners in the US. No additional weighting has been applied to the sample. Pollfish's survey delivery platform delivers online surveys globally through mobile apps and the mobile web along with the desktop web.

About
Angi® is your home for everything home—a comprehensive solution for all your home needs. From repairs and renovations to products and financing, is transforming every touch point in home services. With over 25 years of experience and a network of nearly 250,000 pros, we have helped more than 150 million people with their home needs. is your partner for every part of your home care journey. is an operating business of , formerly (NASDAQ: ).